Karnataka Industrial Areas Development Board (KIADB) is a statutory body, constituted under sec.5 of Karnataka Industrial Areas Development Act (KIAD Act)-1966 vide order No. Cl 67 GMI 66 dated 20th June 1966 to promote rapid and orderly establishment and development of industries and for providing industrial infrastructural facilities and other amenities in Industrial areas in the State of Karnataka. KIAD Act-1966, a special Act, provides for expeditious acquisition of lands for industrial and infrastructure purposes.

KIADB functions as per statutory provisions, Rules and Regulations enacted under the KIAD Act. The Board comprises of senior Government Officers in their ex-officio capacities. The Board members meet regularly to take decisions and monitor the functions.The vision of KIADB and world class infrastructure has made investors all over the world take notice of Karnataka as the premier destination for their startups and ventures.

ONE LAND MANY OPPURTUNITIES 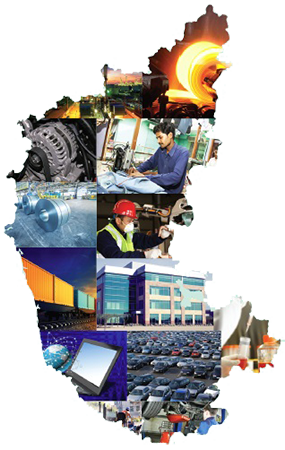 KIADB has so far developed 173 Industrial Areas in 30 districts of the State. A typical industrial area developed by the Board will have following infrastructure facilities: